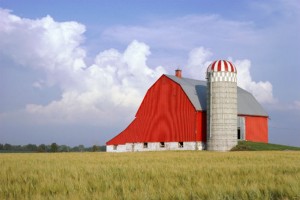 There was a fair bit of windshield time for me this June as I looped through the state. I attended Faulkton’s Women’s Ag Day, the SD Governor’s Ag Summit and planning sessions with the South Dakota Women in Ag group in which I am a part of. Intermingled with those events, there has been windshield time checking cattle and hauling hay too. While driving I have been pondering a few of the topics of concern that came up this June – millennials and transitioning the farm to the next generation. Millennials. Groan. Haven’t we heard enough on this age group? My age is right on the cusp of being tagged into this generation, but escaped by a few months to place me into the GenX category. This month I have heard people of the older generations say millennials “don’t care, don’t want to work, just want to play and have no values”. Ouch. My mother has always believed in the saying, There is nothing new under the sun. I tend to agree and I think the above negative statements were probably said about the Baby Boomers and GenXers too. I do know a few under 35 individuals who are working darn hard to make their place in agriculture. They are driven and are knowledge-seeking people. They certainly don’t come off as people that don’t care, and have no work ethic or values. So can we lay off the millennials for a bit? Let’s let them define who they are before we stick a label on them. This brings me to the second topic, which is transitioning land to the next generation. Holy smokes people. If there is a topic that scares me it’s this one. Forget the tangled, messy business of successfully handing land down to a family heir. Instead, let’s focus on what happens to the land of those who are retiring and don’t have a family member interested in taking over. Now that’s scary. There is a lot of land in the next 10 years that will open up to different ownership. How do we get the Millennial and the GenX generations fiscally prepared so they become an option for these retiring farmers? How do we keep viable agricultural lands from being bought up for hunting rights or from interest groups? Some states have a FarmLink program that helps them connect aging farmers with beginning farmers. That is great and more states need to have something of the like. If you don’t have a program, you might have to volunteer to mentor and hand pick your farm’s heir. There is also the concern of capital and having enough equipment or cattle to succeed. Partnering for a time together might ease that burden on the younger generation and make a brighter retirement for the older generation. I guess my point of this column is that there are hard working, enthusiastic generations of agriculturalists that are willing to be America’s farmers and ranchers. We need to remember that and figure out how to give them a chance.